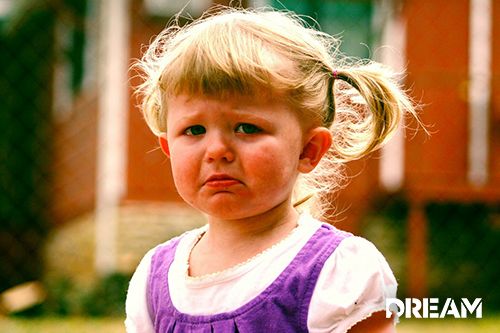 The two may sound similar, look similar and may exhaust parents equally the same. The causes and appropriate responses are completely different, however. It is important for loved ones to understand the differences between the two occurrences so that they can offer the proper support.

A tantrum is an episode of extreme anger and frustration characterized by crying, screaming, and violent body motions. Tantrums including throwing things, falling to the floor, and banging one's head, hands, and feet against the floor.

Tantrums frequently occur because young children are not equipped to express frustration in other ways. Even their limited vocabularies can make them feel frustrated to the point of throwing a fit.

Perhaps a child wants a toy, but doesn't have the power to purchase the toy, or she wants to stay at a friend's house, but her parents say that it's time to go. These events can turn into tantrums, especially when children are put in situations that can spark strong emotions.

The behavior typically subsides once the child gets enough attention or has his or her wants met.

A sensory meltdown is very different from a temper tantrum. Sensory sensitivity to noise, lights, crowds, or touch can cause children, and adults, who have sensory processing disorders to become confused and frightened. The overloaded senses may lead to reactions that parents perceive as behavior problems when they are really just signs of sensory overload.

Sensory meltdowns are not social interactions like tantrums. The child rarely cares whether anyone pays attention to them. The meltdown is also unlikely to disappear as soon as the want is met. Instead, it will diminish slowly after the offensive stimulus has been removed.

Sensory processing disorders and other conditions that make people more susceptible to sensory meltdowns can make it difficult for children to grow and learn at the pace of their peers. Frequent meltdowns can also wear on caregivers who often feel frustrated by the situation. This makes it important for loved ones, therapists, and anyone else involved in the child's life to know effective ways to prevent sensory meltdowns.

Tips for minimizing sensory overload in kids who have special needs:

Plans for handling sensory meltdowns and temper tantrums must differ because there are different types of events. Developing plans for each type of event can now help parents calm their children whenever they have tantrums or sensory meltdowns.