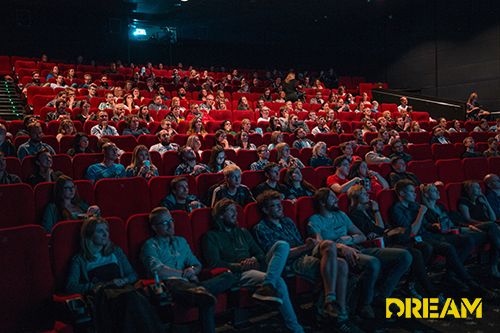 If you’re family loves going to the movies during the holidays, we don’t blame you! We love the movies too! Especially when the holiday blockbusters hit the theaters. Sometimes it can be frustrating though. Sure, if you’re in a kids movie, there will be screams of laughter and one or two bathroom trips. Many moviegoers are generally understanding, but at ten dollars a seat, it’s easy to get annoyed. Just keep some basic theater etiquette in mind.

It’s okay for kids to talk or ask questions during a movie, but as they say, silence is golden. Some kids just don’t know that indoor voices are preferred in a very loud movie theater. Whispering now and again isn’t an issue, but loud talking every 30 seconds can be an issue for those sitting around you.

Make sure your kids are staying in their seats. Movie theaters can be just as packed as a crowded airplane. When little Johnny or little Suzy are walking from mom to dad and then back to their seat throughout the movie, they are bound to bump the seat in front of them. No one wants to go for a drink of their Sprite and end up getting it all over their sweater from being bumped over and over again.

Don’t be the parent who lets their kids kick the seat in front of them either. This should be obvious, but there are times where even parents get distracted by the movie going on in front of them. This has also been a reason for some fighting during films. Don’t be that parent, again, movie tickets are expensive and we all want to peacefully enjoy the movie.

Turn off your phone! Seriously! If you are waiting for a major news or a very important call, you shouldn’t be in a movie. Yes, of course something important might happen during the two or so hours you’re gone. Just make sure that your phone is on a low vibrate, and the phone’s light has been dimmed as much as possible.

Try to consume your foods and drinks as quietly as possible. There is a way to chew your popcorn and sip a soda without the whole theater being able to hear you. Don’t scoop enormous amounts of popcorn into your mouth during the show. The popcorn isn’t going anywhere, you can eat two or three kernels at a time. This will also help you chew with your mouth closed. Popcorn is a loud food as it is, don’t be that person who is crunching and munching in an obnoxious fashion. You also don’t need to suck down every single drop of soda from your straw or shake the ice to make sure all the soda is at the bottom of the cup.